Apparently, It’s a GOOD Thing to Be a Screw-Up 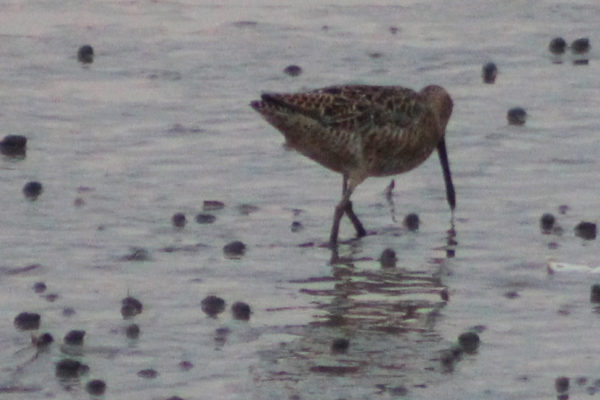 Most of us are probably familiar with this appeal: to embrace failure. To not feel bad about ourselves for failing, to not let failure stop us. To see failing as a vital component of learning, growing, improving.

And there’s certainly plenty of evidence out there to support the idea that the best way for us to improve is to fail…well, to fail, yes, but more importantly, to learn from the failure.

I certainly have a much healthier relationship to what you might call “small” failures now than I have had in the past. I can take a “no” from a potential client in stride. If I give a presentation and it flops, I’m able to pretty quickly pick myself up and figure out what I’d do differently next time, with a fair degree of psychic neutrality. If a workshop doesn’t go as planned, I happily receive feedback about what didn’t work.

And to be clear: all of that came through a lot of hard internal work and no small amount of coaching and peer support. It wasn’t that long ago when any one of those things would send me spiraling into months of self-recrimination and self-doubt.

So, yes. I’m 100% bought into the importance of renegotiating our psychological response to failure and instead of—or (let’s be honest) after—beating ourselves up, instead we recognize, develop comfort with, and feel curious and even eager to explore the learning opportunities that could help us do things better next time.

After accomplishing something, whether we feel we’ve “succeeded” or not, we should pause to assess what happened. And in fact, even when we think we crushed it, or even especially when we think we crushed it, we should pause to assess what happened. It’s vital to take stock after an event. When things went well and you’re super happy, the most important thing you can do (I’m so sorry about what I’m about to say next) is take stock of what went wrong, so that you can do even better next time. And then when unsuccessful: just take stock; it doesn’t matter if you focus on what went right or what went wrong.

I will admit, though, that there’s a way that I still struggle with what you might call “larger” failures—moving from a prestigious private college to the state’s biggest party school; taking so long to move to the West Coast when I “should” have left the East Coast so much earlier; being fired from a job…or two. There’s a way that the self-recrimination and self-doubt remain…if not fully formed, at least still fairly live, still fairly easily activated.

I don’t know where I sign up (yet), but I will tell you that you know pretty much as soon as I read that report linked above (you should read that report that’s linked above, no, really, you should. Or the write-up of the original research), I have rewritten my letter to my younger self. It now is short and sweet and reads, “Dear Younger Vega, Thank you for failing so big and so often. Thank you for your breathtaking failures to live up to your potential. Because, and oh, you will be so happy to learn this, it turns out that I, Older Vega, am now more successful because of that. The End.”

OK, so I (kind of) get (if you insist) that I’m going overboard based on one research paper. That’s about receiving a research grant. Based on a sample of academics. Of which I am not (any longer) a member.

And yet, I can’t help but recognize a pretty crucial lesson here: the only, and I mean the only reason to psychically hold onto past failures is to mine for data that will help make things better in the future.

I won’t say I’m over those earlier “larger” failures. But I will confidently say that I am much clearer about why I did what I did, what I’ve learned from it, and how I’m now better for it.

As we enter the holiday season, I hope this lesson offers you solace and optimism. I hope as you slow down and reflect over the past year, you embrace the failures and see them for what they are: the raw data for future successes. And I hope your psyche stays intact.