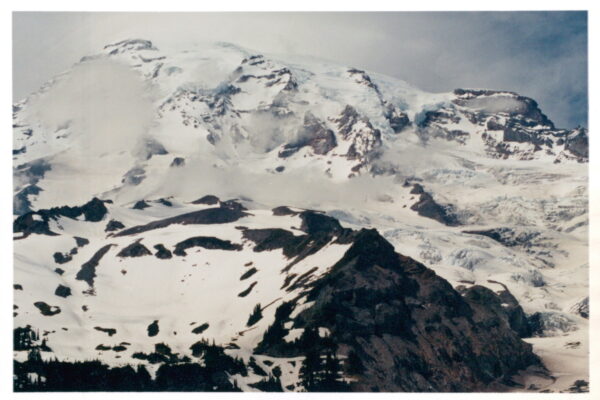 I was reading an article in The New Yorker about Icelandic volcanoes, as you do. The author went to rather great lengths to witness the eruption of one particular volcano: Fagradalsfjall (on a side note, who’s with me that all geologic names the world over be in Icelandic). Like, great lengths. Dirt devils attacked her from all sides. Wind gusts, which sounded like revving jet engines, continually almost knocked her over, once successfully blowing her a foot downhill. The temperature was in the 40s.

The question that kept occurring to me upon reading this article, of course, was why? Why would you go to such great lengths, and put yourself so into harm’s way, to see…lava? You know you can see it on TV, right? Don’t get me wrong; I’m as big of a nature girl as the next person, but that doesn’t mean I want gale-force winds pushing me halfway down a mountain. I just looked up the etymology of “gale.” It likely comes from the Old Norse galinn, which means “furious, mad, frantic.” I rest my case.

I also kept thinking: she wasn’t the only one there. There were all these other people she encountered once she arrived. She noted their various responses, some celebrating, some taking photos, others just gazing in awe.

And that’s it, of course. That’s the reason people risk life and limb to look at lava. Awe.

I do so admire people who have a thing, who have that kind of passion. I don’t know that I would scale a mountain in gale-force winds for…well, anything, honestly, not even a crossword puzzle tournament. If you can imagine.

That did get me thinking about “awe,” though, and its various manifestations. 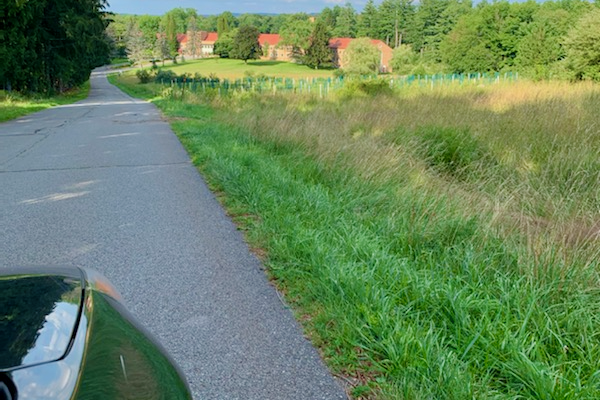 Mala and I spent a weekend of intentional life planning at a place called The Himalayan Institute in the Poconos a little while ago. It had been over a year since we’d traveled anywhere, and it was a spectacular weekend. The weather was perfect. The campus was gorgeous. And we spent a lot of time outdoors. A lot of time. More time than I can remember for ages.

That time, for me, held “awe.” While I was looking forward to being in a beautiful space for the work Mala and I were doing, I was expecting that the setting would be a mere backdrop for the planning work. Nope. My experience was more or less exactly the other way around. The planning work was a sidebar to my immersion in the surroundings. Goldfinches and hummingbirds and freshly mown lawns and babbling brooks and sunsets over ponds and waves and waves of hills and trees; of course I was transported. 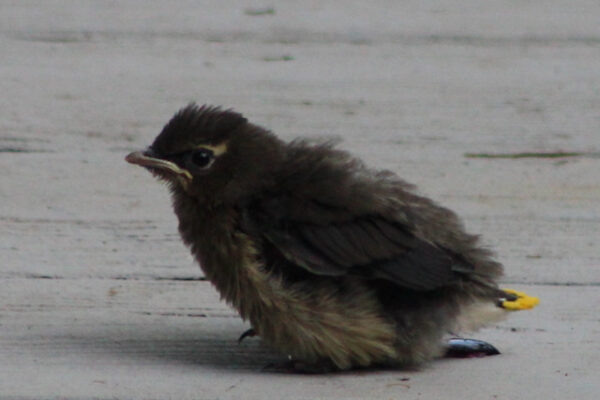 I felt free and whole and alive. Everything was amazing. You know how being around children has the magical quality of retrieving our sense of wonder? Because for them, like, everything is amazing? And so when they exclaim about the sound of an elevator door opening or the feel of a leaf landing on an arm or the sight of a bee alighting on a flower, we too have a chance to remember how awesome each one of those things truly is?

Country music singer/songwriter Kacey Musgraves was featured on a recent(ish) podcast episode of A Slight Change of Plans, regarding her use of psychedelics to fuel her creativity. Stay with me here; I swear there’s a connection. Specifically, the show’s host notes that:

“Neuroscientists have said that from a neurological point of view, psychedelics do put the brain into this childlike state of awe, and wonder. And one of my favorite psychologists [Alison Gopnik] [I interrupt this broadcast to note the sheer glory of a world in which people have “favorite” psychologists], she studies child development, has said that basically, babies and children are tripping all the time.”

Not a bad way to spend your life, naturally tripping all the time. Being at the Himalayan Institute gave me some small version of that. That said: contrary to what you might be thinking, I am not suggesting that everyone must now find the means to fly to Iceland or spend a weekend at a meditation retreat center or take an acid trip (though to be clear, I am all for it if you do). I am suggesting that wonder is all around. 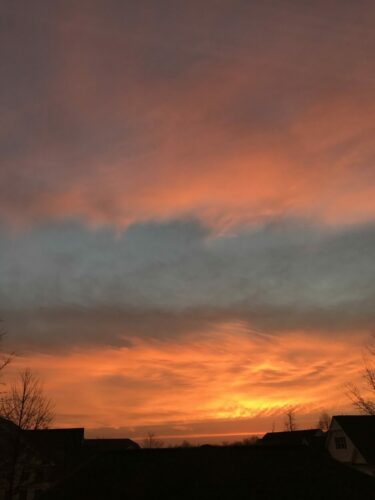 My mother-in-law is quite frail and her arthritic pain severely limits her mobility. She spends a lot of time in bed and when she’s feeling weak, almost nothing will motivate her to get up. Almost nothing, that is, except for one thing, every single day of the week: the sunset. She will get herself up, by god, to witness the sunset. She will call Mala to hurry across the hall from our unit to her unit to see how beautiful tonight’s sunset is, hurry hurry! It’s about to set! She will marvel and exclaim at its beauty, over and over, the same sunset she just marveled and exclaimed at not five minutes ago. She will lament if she accidentally over-dozes and misses a nice one. At 85 years old, this is a human being who has seen a sunset or two. Doesn’t stop her from tripping every. Damn. Time.

Mala’s the same way about birds, let’s just take for example great blue herons (it’s not an example; it’s her favorite bird). We have a resident great blue heron on our pond here, just right here, and he hangs out there a lot, almost every day. Does that stop Mala from tripping every time she sees him? It does not. And I wouldn’t wish it any other way. What a miraculous thing, to be that transported, over and over again, with wonder and awe, at what is all around us all the time.