Changing a Habit is Hard! And How to Do It Anyway 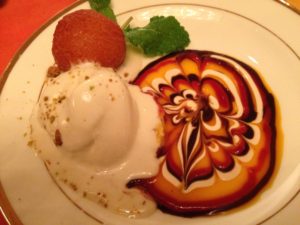 I just read Gretchen Rubin’s “4 Strategies to Change Your Habits that Actually Work” on Fast Company. And yes, the suggestions she offers would support your habit change — using a clean slate as an opportunity to break with a past habit; monitoring what you do; making a bad habit inconvenient (classic example: putting the alarm clock far away from your bed), and giving yourself treats just because.

But her conclusion gave me pause. She says, “Changing habits can be a challenge.” (So far, so good.) But then she says, “By doing the easy things first, we may find that change is less demanding than we expect.”

Hm. Maybe? Certainly, doing the easy things first will support you in breaking a habit. No argument there.

But I don’t think I’ve met anyone, myself included, who finds change “less demanding than we expect.” It’s all too often harder. It’s easy enough to *start* down the path to a new habit: going for a daily run, writing 15 minutes a day, eating a healthy breakfast every morning, opening and filing mail immediately, whatever your thing is.

But keeping at it: ugh. There will be so many reasons and ways to slip back. And if we hope that it won’t be as demanding as we expect, then we’ll feel like a failure at the first misstep.

But missteps are bound to happen. The point is less to believe that “change is less demanding than I expect” than to know that it is demanding, but I’m up to it.

So how does that happen?

The secret to lasting change

Long-lasting change requires using those strategies Gretchen talks about (and/or others), and then getting really, really crystal clear that you will have challenges and setbacks. And then forgiving yourself if you fall off the wagon, over and over again. And then getting back on.

I so often hear people express self-doubt about their ability to change a habit: “I’ve already tried this a million times. Why should this time be any different? I’m just going to fail again.”

That’s the truth. We *have* tried to change a habit over and over again, and it *has* led to demoralization and discouragement, if not outright self-loathing.

But so what if you haven’t changed the habit yet? That’s just because you haven’t found the right combination of what works for you yet. Or the time wasn’t right. Or it wasn’t as high a priority as the things that kept you from changing (also known as “life got in the way”).*

*There IS another option: you don’t actually want it more than the challenge it presents. In that case, it might be time to lay it to rest, grieve, and continue on your way.

There’s no harm in trying again

All my life, I’ve been a night owl. 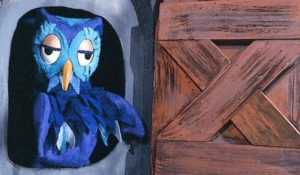 My natural rhythm is probably to sleep around 2 am, and rise around 10. During grad school, that worked fine. During almost all other phases of my life, it didn’t. Even when I had to rise early for work, I still stayed up into the wee hours. This basically meant I was a walking zombie until the weekend came and I could sleep in.

I did not like being a walking zombie. So I tried. I tried so hard, so many times, over so many years. I tried exercising, I tried not eating after 7, I tried counting backwards from 1,000, I tried putting the alarm clock across the room, you name it, I tried it.

When I asked for support, I generally got the response that people’s biological clocks are different, and I’m just naturally a late-night person, and there’s nothing wrong with that.

I’m also going to let you in on a secret. All those other times, there was a little part of me that just resisted. I took some small (read: a ton of) pride in being a night person. It was part of my identity, maybe the only bad-girl part of me left. Like the guy who used to ride a Harley and now owns a minivan.

Not only that, I *hated* the narrative that early risers are more moral, more disciplined, more productive, more saintly, closer to divine perfection.

There *isn’t* anything wrong or immoral about being a night owl. There *is* something edgy about staying up until past midnight as a lifestyle.

*And* yet, when I did manage to rise early, I loved the morning quietude and freshness. 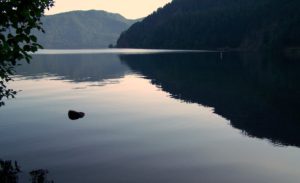 *And* I knew that maximizing the use of my days would help our business to be successful.

The magic of small changes

The problem was that without an external, shall we say, coercive force acting upon me, like losing my job if I didn’t show up for it at 8:30, I was adrift and at the mercy of my internal body clock. So how to begin?

So I did a little digging into my thought processes, and realized a couple things. First, while I have become pretty good at politely acknowledging and then ignoring my inner demons during the day, at night my brain becomes the fertile soil in which they flourish. So I was resisting getting to bed early(ish) for the very good reason that I was petrified. Of my inner demons.

So then I learned how to quiet my inner demons even in the dead of night under cover of darkness. (Yes, it is possible!)

I also started noticing what I woke up to; to wit, self-flagellation: “What is *wrong* with me? I’m the laziest person on the planet. I suck. We’re never going to make it. What was I even thinking. God, I’m so behind. Well, here’s another day I’m wasting away.” No wonder I was disincentivized to get out of bed. Who wouldn’t be, waking up to that mess.

So I decided to reprogram my morning thoughts as well. Now, when I wake up, regardless of where my brain starts, I turn my thoughts to gratitudes — for a new day, for the weather, for food and shelter, for my friends and family, whatever pops into my head. Sure does ease the pain of pulling myself out of bed.

Pro tip digression: altering my thoughts, reprogramming my tapes, all of that — I only succeeded because of regular meditation practice. Period. 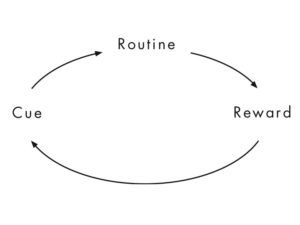 And finally, I decided to pay actual attention to habit-change best practices, starting with finding a baby step I could take to put me on the path to success. So instead of aiming for delusional wake-up times, I aimed for 15 minutes earlier than I usually woke up (which at the time was 9:30…ish. Give or take). So for one month, I set the alarm for 9:15. Excellent! Then 9:00, 8:45, and so on.

And then I got stuck. Badly. Not only could I not manage to get up any earlier, but I also started slipping. It all started with a trip out of town, which gave me an excuse to push the limits a little. And then when I got home, I kept the limits pushed.

The difference this time was that I didn’t resign myself to never, ever being able to get up early ever. Instead, believing and acting on the idea that life’s a learning lab to experiment in made all the difference.

So went into analysis mode again…and now, I’m happy to report that I’m back to 7:15 wake-ups. I also don’t go into a tailspin if I don’t get up right at 7:15. It’s fine; I know I’ll be back on track again. I don’t grumble about being up in the morning. I’ve trained myself not to yearn to crawl back into bed.

What were the game-changers for me this time?

So, going back to Gretchen Rubin’s article, do I agree that her strategies are useful? Yes. I would only add that it almost definitely *will* be challenging, and that’s OK. It just is. So the supports you put in place for yourself, including mental supports, are as important as the small changes you make to propel you forward.