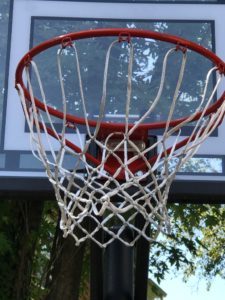 Honestly, the last time I thought deeply about Charlottesville was in the early 1980s, when the 7-foot-4-inch phenom Ralph Simpson was leading the University of Virginia Cavaliers into the NCAA’s Collegiate Men’s Basketball Tournament (aka March Madness). Now, Charlottesville is once again occupying my thoughts and, I know, weighing heavily on all of our minds: marching and shooting of another, all too devastating, kind.

Thankfully, in the aftermath of Charlottesville, a lot of folks have put a lot of effort into sharing answers to the question, “What can I do?” I’m still sorting through my own responses to this question, responses that balance seemingly oppositional realities – putting my life on the line and being needed by my family; having the greatest impact and maintaining my capacity; doing whatever is necessary in this urgent moment and aligning with my strengths; trumpeting my fury and leading with love.

As we’ve all heard, at about 1:40 pm EDT / 10:40 am PDT last Saturday, white supremacists and one neo-Nazi from Ohio terrorized a group of peaceful, multi-racial protesters, killing 32-year old Heather Heyer, a white paralegal who stood up for equality and against injustice, and injuring 19 others. 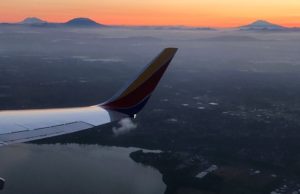 Around that same time last Saturday, Vega and I were in Portland, OR, at Western States Center’s AMP (Activists Mobilizing for Power) conference. We were well into our daylong workshop, Values-Based Decision-Making. In that workshop, we were asking participants to explore how their values inform their decisions, to consider how context shapes effective decision-making processes, and to strengthen intention. 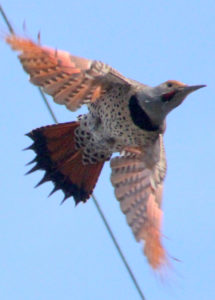 I remember asking myself, “Would I throw myself in front of a knife-wielding assailant?” Five years ago, I would have unequivocally said yes. This past Friday night, I said, well, maybe. I told myself I would look for other ways of intervening. Perhaps I’d approach the two young women to see if I might engage them and accompany them to a safer area, or perhaps I’d put to use some of my rusty 20-year-old karate and self-defense skills (reminder to self: update skills). I knew that if I intervened, my risk of injury and possibly death would immediately rocket.

What’s changed for me over the last five years? Simple: I have primary caregiving responsibility for another person.

Which leads me to discussions I had the other night. I attended a gathering organized by a queer South Asian friend, a doctor who participated in sit-ins at U.S. Senators’ offices to protect the ACA, and who got arrested for her efforts. I find myself rarely accepting these invitations to protests or parties, because I have been intentionally prioritizing caregiving, but something compelled me that night.

As I got into a conversation with friends about values-based decisions and the Charlottesville tragedy, I was reminded of what I have come to know through my thirteen-plus years of intentional life planning work. That is, our values are reflected in our actions, and we must act. Some of us will act with our bodies, some with our hearts, some with our minds and spirits. For me, I am clear that at this time in my life, I feel better equipped to feed protesters than be amongst them on the streets. As we say in our workshop, context matters. 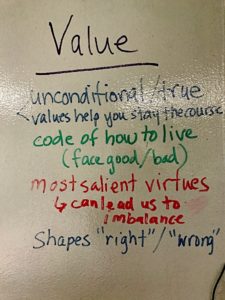 Values-based-decision making spans the continuum – from the seemingly mundane decisions of what we plan to eat and wear each day to the decision to march and otherwise protest against injustice and for what we value despite the unpredictable consequences, to the decision to actively intervene and intercept an assault by an armed and murderous white supremacist. 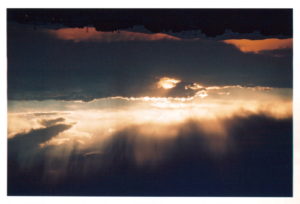 I have no words of wisdom to offer at this moment. I’m still processing my anger, my thoughts, my hopes. What I do know is that today I wish to live intentionally. With that, I’ll revisit my destination, realign my direction, and recalibrate my decisions. I owe that to Charlottesville and the many who have taken their last breath in the fight for justice.