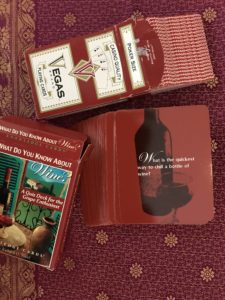 I turned 52 last weekend. One full deck of cards. As I begin my 53rd year, I get to open up a brand-new deck.

On one hand, I have a new chance to choose how I play the hand that’s dealt to me each coming year. My first hand in this new deck is pretty awesome, professionally speaking. What I do on a daily basis is just me being me. An external manifestation of my deepest purpose.

On the flip side, I have a chance to reflect on how I’ve played my hands in the past.

It wasn’t long ago that my brain was filled up with regrets, failures, and lost opportunities. Like, when I told people I was a leadership coach, I would dread the inevitable questions: “how did you get here? What did you used to do?”

Those questions left me tongue-tied. I expected people were assuming a clear trajectory, one in which I majored in Leading Nonprofits, spent the ensuing years climbing a pre-ordained Nonprofit Leadership Ladder, eventually got a certificate in Coaching Nonprofit Leaders, something something.

Nope. To say I did not have a straightforward career trajectory is an exercise in understatement. It makes me laugh when I hear people much younger than me fret about their “spotty” career record. Yes, but have you seen my resume?

From the outside, my path looks erratic, incoherent. Filled with great, gaping holes interrupted by momentary and inexplicable flashes of random employment. To be sure, I can tell you my decision-making process for every single job transition. But, uh, just maybe not in a job interview.

All of which is to say: in forward chronological order, my trajectory is a maze of missteps and false starts and a dash of madness. 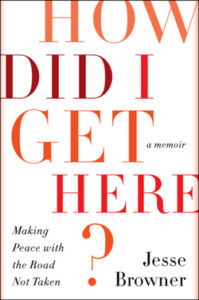 How Did I Get Here?

But in reverse chronological order, the underlying coherence of my trajectory is obvious. As Jesse Browner says, “I realized my entire life was a vector pointing at things I wanted even when I was unaware of wanting them.”

In my case, the vector drew a blazing arrow to self-employment and to coaching. It’s fair to say that in every job I’ve ever held, regardless of job title, I spent my time doing what I now do for a living. The job titles just masked my ability to name it.

That ability to name it eventually came in the shape of a family crisis. In 2013, Mala and I left our jobs, moved in with her parents, and became elder caregivers. As a result, we “were offered the opportunity” to really think about how we wanted to craft our professional lives.

In that reflection process, I unearthed, at long last, some patterns.

For as long as I can remember I noticed and felt an urge to connect with people who didn’t belong. Some of my strongest childhood memories have to do with classmates who were bullied because they were “different.” Though I couldn’t do much to stop the bullies, I’d find ways to demonstrate my solidarity. Smile and say hello in the hallways or down the street. Ask to sit with them at lunch. Stick with them in the playground when others walked away. This did not win me points with the cool kids. I got criticized a lot as a loser for caring about other losers. Eventually, though, this led me to study and teach sociology, and is why I now work almost exclusively with people at the margins.

For as long as I can remember, I’ve been idealistic, wanting to fight injustice and, like the good Girl Scout I was, leave my world a nicer place than I found it. This led me to my various positions at various nonprofits, and to my being criticized for trying to make a living out of what should be a “hobby” that I “volunteer” for…and eventually to my current work not just with any leaders but with agents of social change.

For as long as I can remember, I’ve been a human-behavior junkie. I could, and did, partake endlessly in conversations about what makes people tick. My obsession both arose out of and fed my genuine affection for people, wanting the best for them, wanting to help them see and achieve the infinite potential they held. My Inner Critic kept telling me that this was all well and good, but I sure couldn’t turn it into a job because who does that. And this is why I now understand coaching to be my calling.

In his book The Dip, Seth Godin tells a story about Sergey Brin, co-founder of Google. Sergey said, “We knew that Google was going to get better every single day as we worked on it, and we knew that sooner or later, everyone was going to try it. So our feeling was that the later you tried it, the better it was for us because we’d made a better impression with better technology. So we were never in a big hurry to get you to use it today. Tomorrow would be better.”

I’m totally pirating that: all of those earlier “missteps” were just me getting better. My decision-making is stronger, I’m quicker to understand whether to pursue an opportunity or not, I can more easily say “no” to tempting but unwise professional offers.

So, how do I plan to play the cards I’m dealt this time around? I am so glad you asked! Here are some of my Rules for the Deck Two Card Table:

Meantime, if you have any pearls of wisdom that you’d suggest we add to our game, do tell!

I’ll leave you with my favorite quote:

To be nobody-but-yourself—in a world which is doing its best, night and day, to make you everybody else—means to fight the hardest battle which any human being can fight; and never stop fighting. — e.e. cummings