Overwhelmed but Still in the Game

There are times when I open up my email, and I just want to crawl under the covers and turn it all off. And mind you, I say this as an “Inbox-50” kinda gal. In other words, I pretty much never have more than 50 emails in my inbox at any given time, and mostly I have fewer.

My eyes glaze over. I scan the list, then open a crossword puzzle. I click on one of the emails, reread it, then go to Twitter. 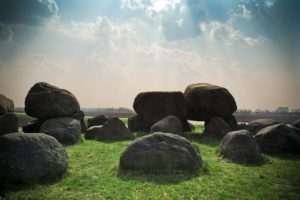 Here’s my problem. Even though I pride myself on my low-volume inbox, even though I breeze through most of my emails, there are some emails that have hung out in my inbox for months, and I just cannot bring myself to look at them again, much less focus on or respond to them.

I’ll borrow words that my clients have used to describe such situations: it feels so weighted. Like boulders. A burden. Heavy. “It just makes me feel really crappy.”

Yes. It sure does.

To be clear, overwhelm is not an individual problem or defect. This is us, circa 2018. It’s not a coincidence that there’s an entire freaking publishing industry dedicated to the subject. Are you Overwhelmed? Do you want to become The Together Leader? Get Out of Your Own Way? For three. I’ll stop there.

My point is that every single time you get the notion that you, in particular, are particularly wretched and unworthy, I would like you to remember that self-help experts are making approximately $267 million a year (give or take) on helping you, and you alone, figure out how to feel less altogether crummy about how much of a deadbeat you are. Overwhelm is baked into our social structures. 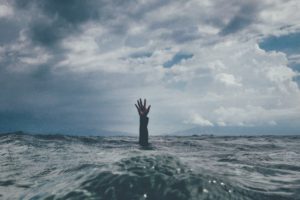 Also, I get it. The ways that we fall short have consequences. Missed deadlines. Angry bosses, frustrated clients, disappointed coworkers, not to mention partners and children. All the ways we run ourselves ragged and still don’t get everything done reduce the impact we could have on the world and in our communities. Of course it makes us want to crawl deeper under the blankets and hit the snooze button.

What alternatives do we have? How can we find that strong, centered place of abundance and confidence inside us to push the boulders aside?

Reground in mission and values (<–you knew I was going to say that):

I have a fabulous way of getting over pre-speaking jitters. When I remind myself why I think what I do in life is important, why what I do matters, I’m able to get out of my own way. “My own way” isn’t even a thing at that point because I’m so keenly aware that I’m merely a vehicle through which to serve a larger mission.

Mala’s core values are “compassion; conscientiousness; courage.” When she leads with that; when she focuses on that before even looking at her Inbox, then she approaches her hard emails differently. When she hits her inbox and looks at her first email, she approaches with: “How do I see the person I’m writing to, and how do I make them feel seen? How do I respond fully to everything that they’ve asked for? And how do I say what needs to be said, even if it’s hard?” And she’s off and running.

Wouldn’t it be nice to delegate?

All the things that we just don’t want to do: wouldn’t it be nice to ask someone else to do them? Yes. Yes, it would. Mala helps me with every spreadsheet I ever need. Mala fixes every formatting issue I ever run across in every article I ever write. In mere moments. Conversely, Mala might write something that could use some slicing and dicing, and that’s where I come in. She’ll toss it over to me, and I’ll make sense of it.

Not everyone is as lucky as Mala and me, I know.

And yet, I think that people drastically underestimate the extent to which they can outsource work that is overwhelming, based on misguided, if laudable, notions that “we ought to be able to handle All The Things, if only we were mature enough and “f*ing just did it for the love of god.” Like delegating would make us slackers or irresponsible or something.

Frankly, I think if a task comes easy to someone else and completely stresses you out, why not ask them to do it? They’ll do it in less time, better, and with less agita. Win-win.

Enlist support from your fam

One thing I’ve found immensely helpful in my life is to find someone else who’s also overwhelmed with something, and set up study dates, even virtually, so we’re doing our overwhelming thing together in each other’s company. Moral support. Misery loves company. All that.

Mala has a client with whom she has work dates. They’d started as check-in meetings, and then evolved into working meetings, where they do the work they need to do together. It sure helps Mala feel less bad when she doesn’t finish something they’re working on together! And it sure helps with accountability in keeping the work moving forward!

And I’ll go there again as I always do: getting enough sleep is key. It’s as close to a magic cure as you’ll ever find. Especially if you’re prone to worrying anyway, getting a good night’s sleep has huge effects on your mental health. If it feels like a vicious cycle (you can’t sleep well because you’re anxious, and lack of sleep increases your anxiety), then this suggestion can feel–well, either useless, or like yet another way for you to beat yourself up. As a lifelong sufferer of insomnia myself, I can also attest that there are tips and tricks that are still worth experimenting with, and at some point, some of them will stick.

Our current reality of structural causes of overwhelm are unlikely to improve in the near future. Our only hope is to keep breathing through it. If we take a moment to remind ourselves why we are doing what we are doing, and that we aren’t in this alone, then tackling that inbox suddenly becomes a lot less daunting.

P.S. Stay tuned for next week’s continuation of this topic, with specific tools and resources to support you.