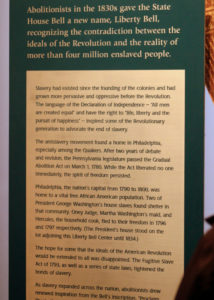 Nearing four weeks after the 2016 election, and many of us are still angered, shocked, and disappointed. Some of us are still dealing with our reaction and emotions – immobilized like a deer in headlights, depressed like we’re free falling, angry like a boiling tea kettle. Some of us are analyzing what happened, engaging on the ground, and looking proactively to the future. Still, some of us are critiquing, judging, and name-calling.

How do we use this energy in a way that connects our mutual interests, leverages our combined efforts, and harnesses our collective power?

The fact is we’re not all on the same page, and we’re not all fighting the same fight. Unless we find a way to talk to each other, debate each other, sway each other, we’re doomed to living in and organizing in silos. I admit: I’m stubborn and thickheaded. I’ve acted in ways that don’t reflect the compassion and conscientiousness with which I want to walk in this world, so I may be the one I’m talking to here. For example, take someone I think exists in the Matrix, oblivious to how power, access, race, gender, sexuality, disability, nationality (among other identities) dramatically shape and bias our experiences and perspectives. That doesn’t make them the enemy.

I can choose to see them as the enemy, as the enemy’s soldier, as a part of the oppressive machinery, or as a human being who perhaps I need to intentionally engage with. I need to acknowledge that choice, take some accountability for the actions I take – be accountable to my own values,… and make it right – shift my stance. I’m tired though. But as tired as I am of having to educate others (e.g., “so why do you think it’s ok to call someone Pocahontas?”, “how would you feel if it were your child, your brother, your sister, your father, your mother who was killed by officers like Darren Wilson of Ferguson, Missouri, and how (and why) is it different than when Mike Brown was shot”), as tired as I am of having to educate others or bear the pain inflicted when someone acts out, consciously or unconsciously, their privilege, I need to step into the engagement with compassion and afford others the same patience (and time to get woke) that I’ve been given, right?

Engaging in this social change work can be exhausting, and most of us don’t have the capacity to be in this role all of the time. I don’t. But still how do we use the energy we do have towards harnessing our collective power?

Luckily, there are multiple ways each of us can make a difference, and different tactics and actions we can each prioritize based on our capacities. Below, I offer my suggestions (but stay with me! After my list, you’ll find links to other lists created by brilliant webpeople of yet so many other ways to engage in the resistance!).

It is a chaotic movement building moment. We have an opportunity to respond in novel ways. But even in this chaotic moment, we need foundational building blocks. What might they be? For myself, I’d like to see our movements and communities collectively:

In this chaotic moment, I fear these building blocks may be the only glue that binds us, but perhaps, the only glue we need to move forward together.

What next? Many folks have suggested ways we can be productive. Find a way that fits you:

Actions you can take: Week of November 27: https://docs.google.com/document/d/1OSR2QqSBESn0GnERdCpcq6NT1znKafWzL_LOftEVusk/edit

I would love to hear what’s on other people’s lists.