I’m (in a perhaps losing battle with my attempt toward) writing a thing. It started off as a 2021 NaNoWriMo lark. And then, over the course of 2022, it took steadily greater importance in my mind and life. What it is, is: it’s a mystery novel. I started writing a mystery novel. I know, right?! I was pretty proud of myself. It required me to stretch. To call it a departure from my regularly scheduled programming wouldn’t do justice to how much of a departure it was.

So anyway, yeah. A mystery novel. I spent a decent amount of time on this project through much of 2022, all the way into the middle of summer…until I didn’t. Some time in the middle of summer, I just stopped.I stopped opening the file, I stopped reading other mysteries, I stopped obsessing in the shower about how I was going to get Cassandra to confront Mateo, I stopped all of it. And I don’t have to tell you how that goes. How the longer you avoid something, the more huge and impassable it becomes.

There’s a lesson here, though, a lesson I keep forgetting. And that lesson is that when I’m avoiding something that seems like it should be doable, it’s almost always because there’s an underlying barrier that I haven’t yet examined.

Let me back up.

I love cozy mystery novels. It’s by far my most favorite genre. Has been for as long as I can remember. So obviously, it seemed like the perfect genre for my fiction writing tomfoolery.

But I hit an insurmountable wall more or less immediately. To wit: cozy mysteries involve a murder (usually) or other crime. Naturally. And as such, they involve the police/carceral system. Jessica Fletcher (RIP Angela Lansbury) cooperating with her friend Sheriff Tupper to root out the culprit, and eventually cart someone away in handcuffs, just another ordinary day of locking someone up, the American way, nothing to see here.

Well. You see my problem. There was just no way, I mean, I just couldn’t write something that would somehow justify, much less glorify, the police/carceral system.

Now what to do? What would my cozy mystery look like? After considerable thought, I finally came up with something that could work: a (spoiler alert!) non-murder crime-seeming thing that turns out to be something different from what it initially appeared to be. No police called, no one hauled away, no shattered family lives to be seen. Achievement unlocked!

It took me three months to get to the point of either moving on it or moving on. And it broke my heart to think of just shelving the project. So I slowed myself down and got curious about what the block was. And somewhere in there was a small yet insistent voice saying that what I was writing wasn’t a mystery at all. Yes, there might be a “mystery” of a sort wrapped in there, but the larger story I was telling was something else entirely. It was not a “cozy mystery.”

Lightbulb! Bam! It would not be an exaggeration to say that once I came to that realization, I could open the file and work on the project again, piles of laundry be damned. It genuinely was that simple. 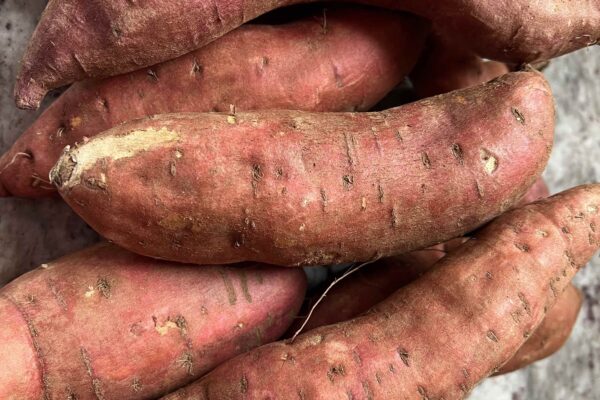 Too often, what looks like “procrastination” is really “a need for course correction.” In a narrow way, I’m reminded of David Allen’s (Getting Things Done) rule: when writing task lists, get really clear about what the tasks are, and focus on the next action—the actual, physical next thing that we need to do to move a project forward. For example, I’m far more likely to accomplish a task that says, “search Google for a recipe using, oh, I dunno, several hundred sweet potatoes (thanks, CSA)” than I am to figure out exactly how to approach a note that says something like, “sweet potato dish,” or “use up [many, many, many] sweet potatoes.” Knowing my next action is a Google search is a lot easier for me to get done than thinking my “next action” is, um, “sweet potato dish.”

Likewise, returning to my cozy mystery novel: if I know my next action is, figure out what’s blocking me, that’s a lot more approachable, and actually doable, than what the f* is wrong with you, just WRITE, you lazy twit! If you see what I mean.

On a larger scale, my experience is also a reminder of how valuable course corrections are, in allowing us to move through life with more ease. It wasn’t just that I needed to get to the bottom of my writer’s block, though it was that. It was also that I held on to an idea for too long, just for its own sake, not because it served me any longer. Letting go of the idea of writing a cozy mystery (waaaaahhhh), sad though that was, allowed the space necessary for something better to emerge. 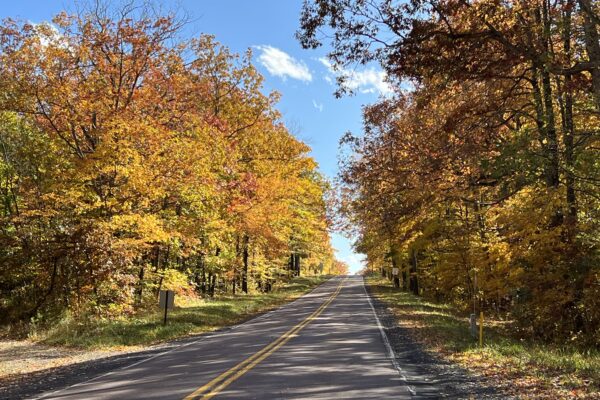 And isn’t autumn the exact right time of year for this. As the poet Jeffrey McDaniel puts it, “I realize there’s something incredibly honest about trees in winter, how they’re experts at letting things go.” As we move through the last months of 2022, isn’t it a perfect time to take a pause, to notice what’s no longer useful, to allow it a last, brilliant moment, and then to shed it in order to make room for something better to emerge.

Every new beginning comes from some other beginning’s end. – Seneca