Confession: the other day, I made a big mistake at work.

Essentially, it involved me sending out an earlier version of an email instead of the final version. “Oh, that’s not so bad,” you might say, but I sent it to more than sixty people. For them to share that information with others in their networks. And I did it all under my supervisor’s name.

Yeah, so, a big mistake. 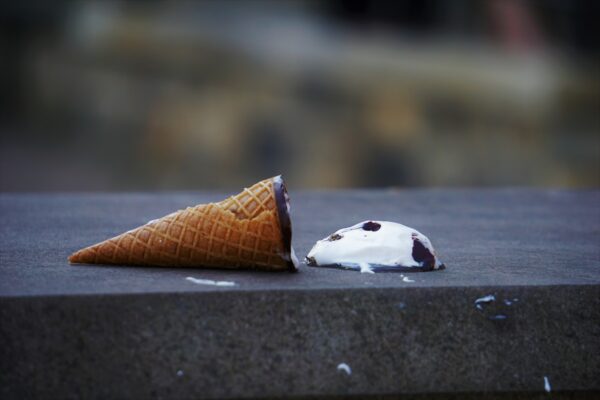 When I realized what had happened, my stomach somersaulted into my pancreas, or kidneys, or whatever else is in there. My face felt simultaneously like it was on fire and submerged in ice (side note: the human body is amazing).

And my thoughts became a swarming hive of stinging stories: I was hired for my detail orientation, and I failed at being detail oriented. I’ve tarnished the name of our company. I let people down. I have betrayed the trust of people who I care about and eroded their belief in my ability to do good work. They are going to be so, so, soooo disappointed in me.

That’s a rather extreme reaction to sending out a second-best version of an email.

Even my rational mind knew this, so pretty soon came the counter stories. A venomous chaser to the potent shot of harmful self-talk, if you will: Argh, you are always so hard on yourself! Get some perspective! You need to stop focusing on the mistake so you can focus on fixing it. Don’t be so emotionally manipulative – this isn’t a real problem. Stop wallowing, you fragile snowflake! Grow a backbone! Get over it!

I felt myself spiraling, and immediate Googled (I am not joking): “building emotional resilience around mistakes.” I picked a random article about mistakes people have made and ways they’ve tried to be more okay with themselves after making them. Hey, look at all these times other people panicked! And they all still have jobs and friends and…jobs!

Pretty soon I found my breathing slowing down, the humming in my head quieting, and my stomach returning to wherever the stomach part is supposed to be.

Whatever the cause(s), what is absolutely certain is this:

Because if this is the cycle that has repeated itself every. Single. Time, studies show it’s hiiiiiighly unlikely I’ll react completely differently next time. In fact, expecting or yearning for some alternate self that beautimoniously bounces back from mistakes and gloriously skips from step one to step three is setting me up to be even more disappointed in myself when I’m inevitably not bouncing back or feeling all that beautimonious.

That’s not to say I can’t change, that I’m not growing and leaning, or that I’m not reconditioning my inner child, etcetera etcetera and so forth.

The point is that, while over time I may have been able to shorten or lessen the impact of the second step, I have yet to skip over it.

The real practice, I’ve come to realize, is just to notice that I’m panicking. Only when I notice that I am panicking can I fall back into the faith that, just as surely as panicking happens, so does calm, perspective, and self-forgiveness.

P.S. Feeling a little light-headed yourself? Check out Vega’s post about the power of counterfactual thinking!