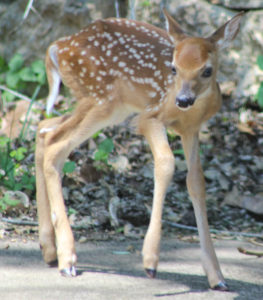 “Of course you’re creative” (or “a leader” or “talented”).
“You just need to change your attitude. Don’t be so negative.”
“You’re too insecure. You should have more self-esteem.”

All things someone who cares about you might say to you.

It’s tempting to get defensive. The fact that you know this person is well-meaning is the only reason you don’t actually snarl at them. Beneath the defensiveness could well lie a hidden bewilderment about just exactly how to accomplish those things. I mean, if all it took was to decide one day to be talented, change our attitude, or have more self-esteem, I’m pretty sure we’d all be doing it.

Everything is a skill.

But see yourself in your mind’s eye at five years old, earnestly grasping, losing, re-grasping the laces in your tiny growing fingers: the concentration, the curiosity, the willingness to keep trying over and over until you get it. Half the battle is channeling that same energy now.

So what does it mean to learn it?

Learning it could mean that you essentially know the steps, and you just have to practice them.

Take “authenticity.” “Be authentic!” they might say. And you might try. Maybe you share a personal story on Facebook that you’ve never shared before. Or turn off the snark during a sensitive conversation. It’s SO AWKWARD at first. It doesn’t feel natural at all. It’s constant conscious doing.

But what if you don’t know how to “try”?

Learning it could mean you have to break it down so you even know what the steps are that you need to practice.

It’s possible that right now, you just don’t have the prior set of skills, the scaffolding, that allows you to know what to do to “be authentic.” 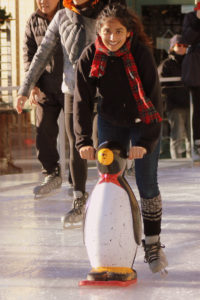 Where there were rails, there are now penguins.

When I was young, I used to love ice skating. I should clarify: I used to love to go to the rink and…well, I don’t know what, really. Stand, wobble, flail, something that involved being on ice with skates on. I couldn’t start skating without pushing off the rails. “Just use the force of your own body,” my friend would say, and then helpfully demonstrate. Problem was that there were, I don’t know, 7? a dozen? steps before “propel” that she’d learned so well that she forgot they even existed. They did exist, though, and I had no idea what they were, and was therefore at a loss as to how to execute on her advice.

Looking back, I realize I needed to break it down. Maybe visualize how I self-propel when I start walking. Bring that muscle memory to the rink.

Same with building “authenticity.” I fancy myself to be a generally authentic person now, but it took a lot of learning.

I had to get over an almost debilitating fear of rejection.

Likewise, what if you sought ways to figure out the steps for you that come before “be authentic”?

But what if, somewhere inside, you’re just not convinced this is a good thing?

Learning it could mean challenging conflicting beliefs so that you can learn this new thing.

Early on in our relationship, when Mala and I were still figuring out how to fight, I remember being frustrated with her inability to let me know what it was that was upsetting her and what I could do to fix it. I would have been happy to fix whatever it was, if only I knew. On her end, she felt that if she told me what she was expecting, and then I did it, it would somehow be “inauthentic” and therefore disqualified. Long story short, we practiced her telling me what she expected and me doing it, and lo and behold, a mere five years later: authenticity.

Perhaps there are ways that you fundamentally distrust “authenticity,” or whatever trait you’re looking to develop in yourself?

If I’m reluctant to drop my facade on Facebook because I don’t believe there’s a reason to trust people to safeguard me, then the first time some hater hates on one of my posts, I’ll be justified in staying behind a facade.

What’s the conflicting belief that’s challenging your willingness or ability to practice this new skill? 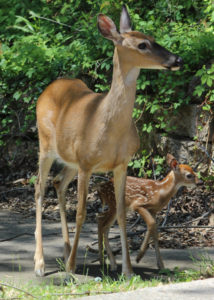 Oh please. The fact is that we make the same mistakes over and over again for lots of reasons — including fighting the neural pathways etched in our brains. So if it doesn’t work the first time or the second time or the 10th time, keep trying, breaking it down, and challenging your conflicting beliefs. Like graphic design, carpentry, winemaking, publishing content, writing: if you want to do it, you just need to do it.